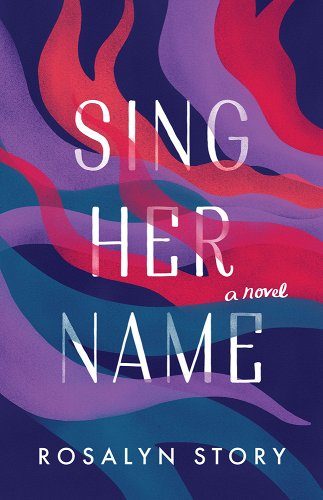 In New Orleans on a winter night in 1919, Celia DeMille, the beautiful and brilliantly talented singer, leaves her lover’s apartment believing she has nothing to live for. The great maestro has reneged on a promise that would have revived her waning career. “The world is not ready,” he told her. A black woman had never sung in the city’s famed opera house, and now Celia will not be the first.

That night, broken and distraught, she walks the streets of the French Quarter dressed in her finest and clutching her most valuable possession, the precious gold necklace around her neck. In the distance she sees fire; the opera house is engulfed in flames. Dazed and delusional, she walks toward the blaze, determined. It’s her last chance to sing on the opera house stage.

In 2006, New Orleans waitress Eden Malveaux has fled the city after Hurricane Katrina and landed in New York. With her troubled teenaged brother in tow, and as his sole guardian, she has sworn to fulfill a promise to her dying father; to keep her brother safe from the streets that could easily claim his life.

When Eden waited tables in New Orleans restaurants, her beautiful voice kept her customers entertained, but in New York such random bursts of song during shifts cost her the job she desperately needed. Unemployed and broke, she opens a recent letter from her estranged great aunt in New Orleans who summons her home. “I’ve got something special for you,” she says. “Something that can help you.”

Eden returns to New Orleans hoping for financial help, but instead her Aunt Julia reveals a box she found in the street after the flood waters cleared. In it is a scrapbook detailing the life and career of a once-famous but long forgotten singer, Celia DeMille. There is also the singer’s gold pendant necklace.

Eden returns to New York and continues to struggle, but when delving into the diva’s scrapbook, she pieces together the extraordinary life of Madame DeMille. Curiosity grows into obsession, then into inspiration, and Eden’s talent propels her into a world she never dreamed. With the help of new friends, and finding power and inspiration in the diva’s story and her fabled gold necklace, Eden’s life in New York takes a dramatic and unimagined turn.

But just when Eden is poised to make her mark as a singer, her brother’s dangerous choices catch up with them, even as she confronts the shameful secrets of her own complicated childhood. To face the promise of her future, she must first reconcile her own history of mistakes and regret. For Eden, finding the path ahead means not only leaving behind the guilt of the past, but perhaps even the brother she loves.

Rosalyn Story, author of SING HER NAME, is a professional classical violinist, journalist, and author of both fiction and non-fiction. She plays violin in the Fort Worth Symphony Orchestra in Fort Worth, TX, and divides her time between performing and writing about the visual and performing arts. SING HER NAME, a novel based loosely on the life of the 19th century black diva Sissieretta Jones, is her fourth book. Her articles have appeared in numerous magazines including Essence, Stagebill (the magazine of Lincoln Center), The Crisis (the magazine of the NAACP), and Opera News. Her first book, And So I Sing: African American Divas of Opera and Concert, the first comprehensive book on the history of black women in opera, was the inspiration for the PBS documentary Aida’s Brothers and Sisters: Black Voices in Opera. Her first novel, More Than You Know, was published in 2004. Her novel Wading Home, set in post-Katrina New Orleans, was an Essence magazine book club pick and ‘recommended read,’ and was also a 2011 nominee for the Hurston Wright Foundation Legacy Award.

In 2012, she was inducted into the Texas Literary Hall of Fame by the Friends of the Fort Worth Public Library in Fort Worth, Texas.

In 2014, she received a $40,000 MPower artists’ grant from the Sphinx Organization based in Detroit, MI to produce Wading Home: an Opera of New Orleans, based on her novel. With a cast, orchestra and chorus of internationally recognized artists, it was performed in Dallas and New Orleans, and in Port Elizabeth, Stellenbosch, and Pretoria, South Africa. 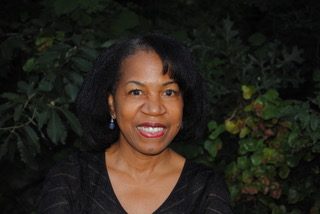 As a writer, what are your superpowers?

I have been a musician most of my life. I believe my strength is my ability to connect my love for and knowledge of music with an affinity for language and plot, and to fit those ideas into what I hope is engaging storytelling. For me, plot is what keeps people turning pages, the ‘what happens next’ aspect of a good tale. But character is key. I like to populate my stories with characters, who, while flawed, stumbling, doubtful, sometimes awkward, and always painfully human, are compelling, and hopefully my readers care as deeply about as I do.

Who inspired you most when writing SING HER HAME?

In this book I was inspired by the life of the woman who is represented in the 19th century part of the story, Sissieretta Jones. She was the model for Celia, the black classical singer who was born too soon to ascend to the musical heights she deserved, and even though she was feted by kings, queens and presidents, her career was shortened by the realities of the time during which she sang. Born long before Marian Anderson, the real-life diva, Sissieretta Jones was barred from the white-dominated world of classical music, a world that later embraced the great artists of the late 20th century such as Kathleen Battle and Jessye Norman, and now Angel Blue and Latonia Moore. I have written about the real-life diva in a previous book, AND SO I SING: African American Divas of Opera and Concert), but wanted to fictionalize her story to make it more appealing, to embellish it in a readerly way, and enhance the dramatic arc.

With the title of the book. I was definitely influenced by the rallying cry after the Breonna Taylor murder, SAY HER NAME. Those words speak to me of the nameless and even faceless black women of the past, whether they were great geniuses who never got their due and were lost in the footnotes of history, or individuals like Breonna, who lives were cut short by injustice and who didn’t live long enough to fully flower into what they were meant to be.

Character and setting normally come together for me, then plot, although plot, while showing up last in my mind, is actually what most drives my stories. I love to create a character that I can identify with, and place them in a setting I would love to visit every day. As a musician, so far in every book at least one of my lead characters has been a musician. In the case of SING HER NAME, there was no question that my lead character, Eden, would be a young black woman, and that she would be very musical, without much knowledge of the depth and breadth of her talent. After choosing the character, I wanted to place her on a path to her own glory, but by first overcoming the challenges before her. She’s beset with a troubled young brother, a talent for singing that she’s practically afraid to pursue, and a past full of ghosts. From the character, the plot emerges naturally; she’s on a journey of self-discovery and redemption, which transforms her.

What part of SING HER NAME did you have the hardest time writing? Why?

The beginning was the hardest part to write. I re-wrote it so many times I lost count. I wanted it to have a certain pace, to give the reader a clear idea of the direction of the story, but also wanted it to have a palpable sense of the period. I was keenly aware of the challenge of opening a piece in early 20th century America and holding a contemporary audience’s interest. I wanted something that had the kind of energy and ‘hook’ that propels the reader forward. I also had the challenge of not wanting to delve too deeply into the early 20th century at the beginning, since most of the story takes place in the 21st.

Not sure if the question applies to a good day of writing or a good day in general. In general, a good for me day begins slowly, with good coffee and no schedule, or at least with a schedule with something exciting that I’m really looking forward to! The best days are the ones I spend with great friends (or favorite family members), sometimes over a great meal with wine, and the perfect days are out-of-town on vacation, exploring someplace fairly unfamiliar. As a writer, a good day is when I begin writing with a great idea for how to solve a problem, or have written a sentence that perfectly does what I want it to do. I don’t judge a good writing day by how many pages I’ve written, because just because I’ve written a certain number of pages doesn’t mean that they are good and worth keeping. One good page is better than ten pages of trash. Actually, one paragraph is better!

BUY SING HER NAME AT THE KIMBILIO BOOKSHOP
Scroll to top