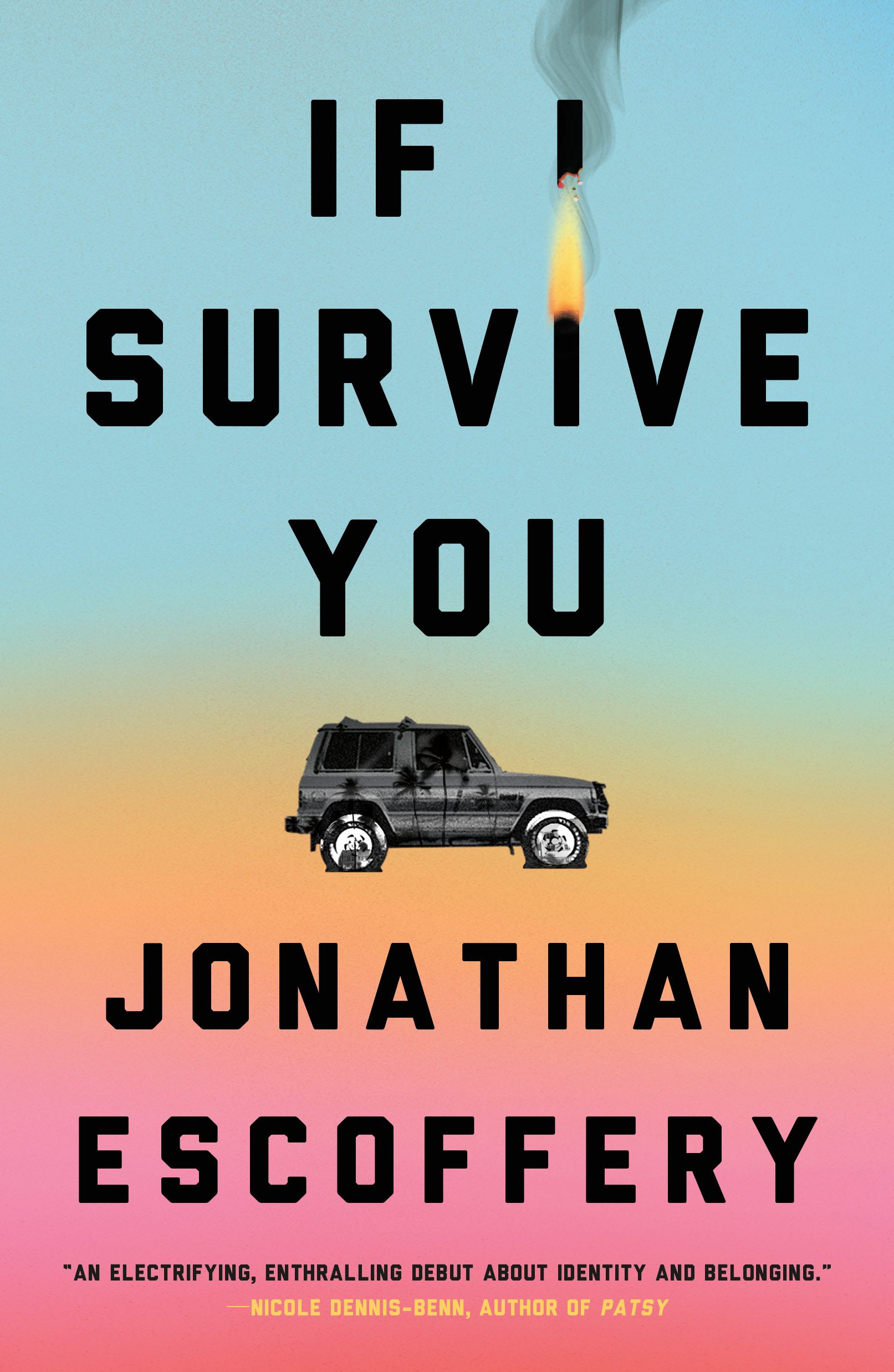 If I Survive You

In the 1970s, Topper and Sanya flee to Miami as political violence consumes their native Kingston. But America, as the couple and their two children learn, is far from the promised land. Excluded from society as Black immigrants, the family pushes on first through Hurricane Andrew and later the 2008 recession, living in a house so cursed it’s begun sinking into the hill it sits atop. But even as things fall apart, the family remains motivated, often to its own detriment, by what their younger son, Trelawny, calls “the exquisite, racking compulsion to survive.”

Constructed with heart and humor, If I Survive You centers on Trelawny as he struggles to carve out a place for himself amid financial disaster, racism, and flat-out bad luck. After a fight with Topper—himself reckoning with his failures as a parent and his longing for Jamaica—Trelawny claws his way out of homelessness through a series of odd, often hilarious jobs. Meanwhile, his brother, Delano, attempts a disastrous cash grab to get his kids back, and his cousin Cukie searches for a father who doesn’t want to be found. As each character searches for a foothold, they never forget the profound danger of climbing without a safety net.

Pulsing with vibrant lyricism and inimitable style, sly commentary and contagious laughter, Escoffery’s debut unravels what it means to be in between homes and cultures in a world at the mercy of capitalism and white supremacy. With If I Survive You, Escoffery announces himself as a prodigious storyteller in a class of his own, a chronicler of American life at its most gruesome and hopeful.

Jonathan Escoffery is a Jamaican American writer from Miami. He is the recipient of the Paris Review’s Plimpton Prize for Fiction, a National Endowment for the Arts fellowship, and the ASME Award for Fiction. His writing has appeared in The Paris Review, American Short Fiction, Electric Literature, ZYZZYVA, The Best American Magazine Writing 2020, and elsewhere. He has received fellowships and support from Kimbilio Fiction, Aspen Words, Bread Loaf Writers’ Conference, the Helene Wurlitzer Foundation, and elsewhere. Jonathan earned his MFA in Fiction from the University of Minnesota and attends the University of Southern California’s Ph.D. in Creative Writing and Literature Program as a Provost Fellow. He is a 2021-2023 Stegner Fellow at Stanford University. 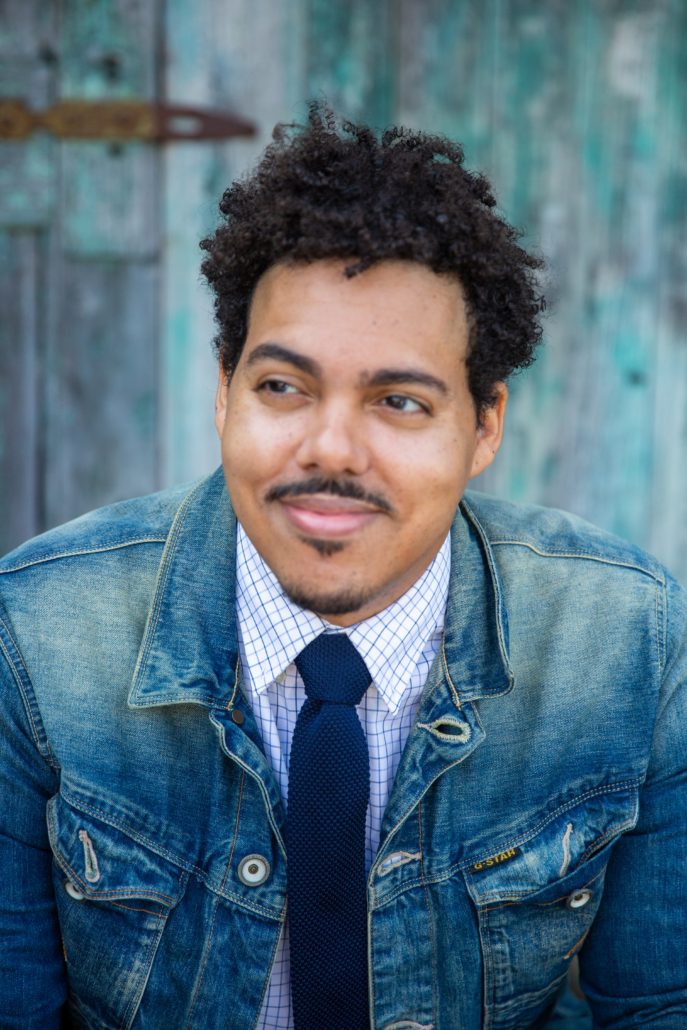 If I’m to believe what’s been said of my writing, I have a highly developed sensibility for creating humorous moments that leave readers unsuspecting of the gut-punch heartbreak that immediately follows. I’m told I have the power to write funny-sad. And make it feel as vivid as real life. I’d like to believe this. I’m good at—or intensely interested in—writing stories in which characters must make a choice when there are no safe options.

What part of IF I SURVIVE YOU did you find the most difficult to write? Why?

Because I was writing such closely linked stories that still needed to stand on their own, and because, story to story, I had to continually decide what information might be redundant and what needed (re)establishing, I drove myself halfway to bonkers, and did so over the course of many years. Adding a sentence to one story meant now needing to remove something from another story, which happens frequently when writing a novel, but in my case that one removed sentence might mean that the story no longer worked as a standalone. At the same time, the ending, the title story, took me a year just to draft, and that’s because I wanted it to address or conclude everything that precedes it, while, again, standing on its own. It took free-writing and outlining, and detailing narrative threads on Excel spreadsheets, and taking excerpts to different public readings to help me see what was and wasn’t working—as well as to just stay motivated. Writing the book felt, at times, like solving a Rubik’s Cube.

Tell us about three elements from your childhood/teenage years that helped shape who you are as a writer today.

My teenage obsession with music and songwriting made me someone who writes prose with a strong sense of voice, musicality, and rhythm, which helps readers quickly sink into the material. In my early teens, I preferred to observe how others behaved, rather than participating in social life, which had to change eventually, and thankfully it did, but it set me up to read the world, then render characters and circumstances that feel real on the page. One thing I observed was how funny people could get away with just about anything and how humor made difficult situations more palatable, and I think I employ it in my writing, in part, because I know people might otherwise look away from the horrors of topics such as poverty and racism. I think this allows readers to come away feeling energized, and like they had a positive, enjoyable experience, rather than being brutalized by the book’s content.

What, to you, were the most important components of writing and completing If I Survive You?

Relentless self-belief and determination are at the top of my list. Relatedly, I was willing to burn down (almost) everything in my life—without harming others—in order to find the time and financial support to get this book done. I quit jobs, or altogether evaded them, and moved again and again and again, and sacrificed any hope of a traditional life, and I know that’s not necessary for every writer, nor do I recommend it, but it was necessary for me to get this book done. To clarify, even the better jobs I’ve held have never paid a livable wage to begin with, so the choice, as I saw it, was between fifty-plus hour per week jobs that still left me broke and on the verge of eviction, or an itinerant lifestyle, chasing fellowships and picking up the oddest gigs that freed up my time. I believe writers have a moral obligation to speak openly about money and how we survive, though those of us without family or spousal support are naturally more inclined to speak up about it. Lastly, and less dramatically, reading (a lot) and engaging deeply with people—this was essential to my becoming a better artist and a better human.

What are your favorite and least favorite parts of the publishing side of the work?

As writers, we spend so much time alone in our heads, and perhaps in writing workshops where the expectation is to approach one another’s stories as problems to be fixed. Publishing is the part where we get to put our work out into the world and get it in front of readers, who sometimes respond enthusiastically and sometimes appreciate parts of the writing that we didn’t even anticipate. Readers are usually less interested in talking about the craft behind constructing your story and more interested in how your characters managed to deal with the troubles you, as the author, threw at them, and how all of this relates to these readers’ lives. Connecting with readers is my favorite part of publishing. Dividing myself into “artist who creates” and the artist’s “front-facing representative,” the person concerned with, and at least partially responsible for, promoting the book, especially as it relates to social media, is the part I dislike most. Or maybe it’s finding the balance between these two selves that I find difficult.