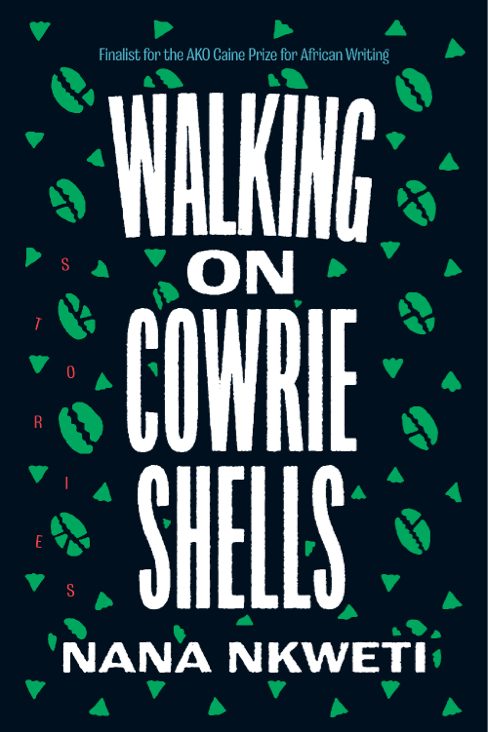 In her powerful, genre-bending debut story collection, Nana Nkweti’s virtuosity is on full display as she mixes deft realism with clever inversions of genre. In the AKO Caine Prize finalist story “It Takes a Village, Some Say,” Nkweti skewers racial prejudice and the practice of international adoption, delivering a sly tale about a teenage girl who leverages her adoptive parents to fast-track her fortunes. In “The Devil Is a Liar,” a pregnant pastor’s wife struggles with the collision of western Christianity and her mother’s traditional Cameroonian belief system as she worries about her unborn child.In other stories, Nkweti vaults past realism, upending genre expectations in a satirical romp about a jaded PR professional trying to spin a zombie outbreak in West Africa, and in a mermaid tale about a Mami Wata who forgoes her power by remaining faithful to a fisherman she loves. In between these two ends of the spectrum there’s everything from an aspiring graphic novelist at a comic con to a murder investigation driven by statistics to a story organized by the changing hairstyles of the main character.

Pulling from mystery, horror, realism, myth, and graphic novels, Nkweti showcases the complexity and vibrance of characters whose lives span Cameroonian and American cultures. A dazzling, inventive debut, Walking on Cowrie Shells announces the arrival of a superlative new voice.

Nana Nkweti is an AKO Caine Prize finalist and alumna of the Iowa Writers’ Workshop. Her work has garnered fellowships from Kimbilio, MacDowell, Ucross, and the Wurlitzer Foundation, among others. She is a professor of English at the University of Alabama.

As a writer, what are your superpowers?

Because I’m a big ol’ blerd, I’ll illustrate my “superpowers” with a bit of literary cosplay. Like Storm aka Ororo Munroe, one of my abilities involves generating electricity from the ether. My writing style is esteemed as “dazzling energetic” with “supersonic prose” that has “verve and snap.” I throw thunderbolts on the page. Like Marvel’s Mystique, my superpower involves shapeshifting at the level of voice – lyrical and sermonic, honky-tonk meets hardboiled, and form – embodying a range of characters including tongue-tied linguists, rebellious African orphan Annie’s, comic book geeks. All the better to reflect the great complexity and diversity of identities present on the continent and in its diaspora.

The voice of a story – be it the narrator, the protagonist – always come first, grabs me up and pulls me into the narrative by sheer force of will. I have a busy life and a busy mind, so that voice has to be a pretty interesting to catch and keep my attention – a consummate raconteur, a bonafide griot. Other craft elements like subject and setting are more subterranean, floating around in my subconscious till that voice points them out as part of THEIR story.

Pick three words to describe your writing process for WALKING ON COWRIE SHELLS.

Peripatetic – Writing the book was truly a winding journey: unfolding over the course of a decade, written in different cities (“Night Becomes Us” was workshopped in Taos, NM at Kimbilio), and at several seminal moments in my life. For instance, the capstone story, “Kinks,” came from catharsis, channeling hurt from a break-up into art.

Fulfilling – I am incredibly grateful I had the opportunity to realize a life-long dream of finishing a work that reflects my artistic and personal interests. This first book is somewhat of a thesis for a career in which I envision exploring all the ways to tell stories. Next on deck? I have a sci-fi novella, a novel, and a tv script in the works and imagine a future creating a graphic novel, libretto, and a screenplay, amongst other forms.

Empowering  – As a Cameroonian-American woman, representation matters to me. Some years ago, I learned about the phenomenon of symbolic annihilation – the omission, the mis- or under-representation of whole peoples in book, in film reels, on TV. I had been experiencing its effects my whole life without knowing the term for it – constantly barraged by depictions of Africa which were alternately negative (blood-thirsty cannibals and warlords) or patronizing (noble savages, anyone?). I jokingly tell people I lived in Africa for years and never met a warlord yet somehow they abound in stories of the continent geared to the West. Stories that are real and deserve to be told, yes, but should be balanced by counterpoint narratives. I don’t want the only time folks recognize our humanity to be when someone is pointing a gun at us. Fortunately, published works by African writers, offering more multifaceted depictions, is on the uptick. I feel heartened that my work joins this vanguard.

Having a book publication celebration dinner initially seemed impossible given the pandemic bubble we’ve all been living in these past few months. Thankfully, all of my immediate family and friends have been vaccinated so we’ll actually be meeting up for an IRL shindig replete with soul food andAfrican cuisine like fried plantains, suya kebabs, and moi moi aka koki. To be honest, I am most excited about who I’ll be eating with than what I’ll be eating. Though I did put in a special request for a Cameroonian cake decorated with our traditional Bamenda cloth pattern called toghu.

Which teacher are you most excited to share the news about your new book and why?

Karen Russell was my MFA thesis advisor and is my biggest cheerleader. She read Walking on Cowrie Shells countless times and provided amazing feedback while it was still in baby manuscript form. She’s a real one. I have dreamt of us discussing my finished book together on stage over the years and am so happy she will be my conversation partner for the first Walking on Cowrie Shells book tour event on my pub day. Thankfully, it’s a virtual reading so it will cut down on the inevitable spigot of tears occasioned by this event. 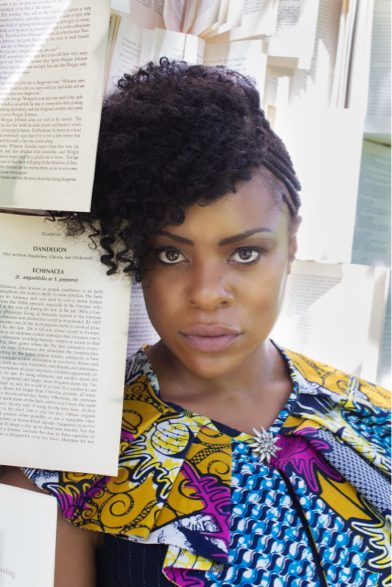